This page reviews the continuity equation, which enforces conservation of mass in an Eulerian analysis. This is not strictly a description of material behavior, but the resulting equation is often used as an identity to algebraically manipulate constitutive models describing material behavior. So it is worth reviewing. It is also central to the analysis of fluid flow because classical fluids analyses cannot be Lagrangian since the positions of all the fluid particles at \(t = 0\) are unknown.

The continuity equation reflects the fact that mass is conserved in any non-nuclear continuum mechanics analysis. The equation is developed by adding up the rate at which mass is flowing in and out of a control volume, and setting the net in-flow equal to the rate of change of mass within it. This is demonstrated in the figure below. 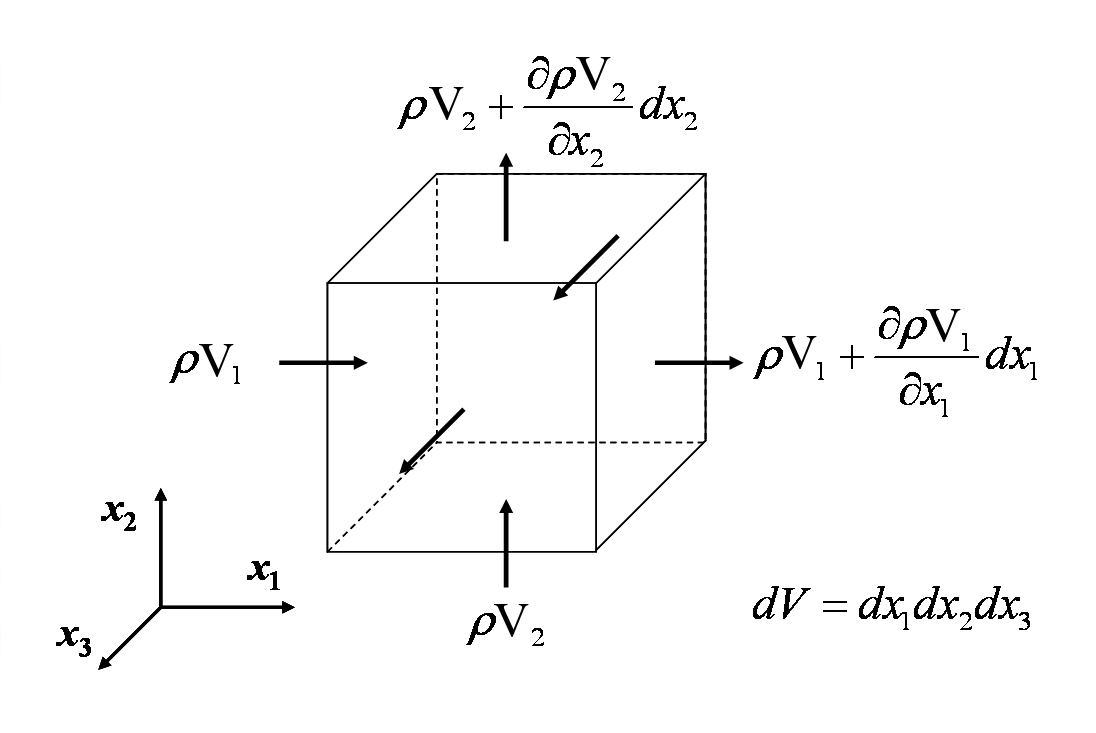 Cancelling terms and dividing through by \(dx_1 dx_2 dx_3\) gives

One might wonder if there is a Lagrangian counterpart to the Eulerian form of this. There is. It is usually written as

\[ \rho \, dV = \rho_o dV_o \]
This simply states that the differential chunk of mass in the deformed state \(\rho \, dV\) must be equal to its original value \(\rho_o dV_o\) in the undeformed state.
There are several special cases of the continuity equation. The first occurs when the flow is steady state. In this case, the derivative with respect to time is zero, leaving.

The following is worth pointing out because it permits the density and velocity vector to be separated. The first step is to apply the product rule to the divergence term in the continuity equation.

So the continuity equation can also be written as 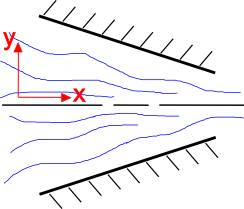 But the continuity equation dictates that the sum of the two partial derivatives must equal zero. So if the second is less than zero, then

Thank you for visiting this webpage. Feel free to email me if you have questions.

Click here to see a sample page in each of the two formats.

Click here to see a sample page in each of the two formats.